Welcome to our blog!  We hope you enjoy reading about our water-based travels around the Pacific Northwest, Salish Sea, and Inside Passage. 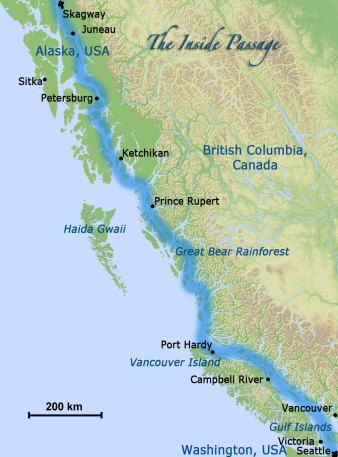 The Salish Sea includes all of the water that flows in and out of Juan de Fuca Strait, ranging from Olympia, WA at the south end to Desolation Sound at the north, about half way up Vancouver Island. The Inside Passage is the protected waterway from the Salish Sea to Skagway in SE Alaska.

Follow us by clicking on the Blog in the menu above.

Our boating adventures are aboard Fiddler, a 46 DeFever Raised Pilothouse.  The boat was designed by Arthur DeFever and was built in 2010. We purchased it from its original owner in early 2013, after he was unable to continue boating due to declining health. 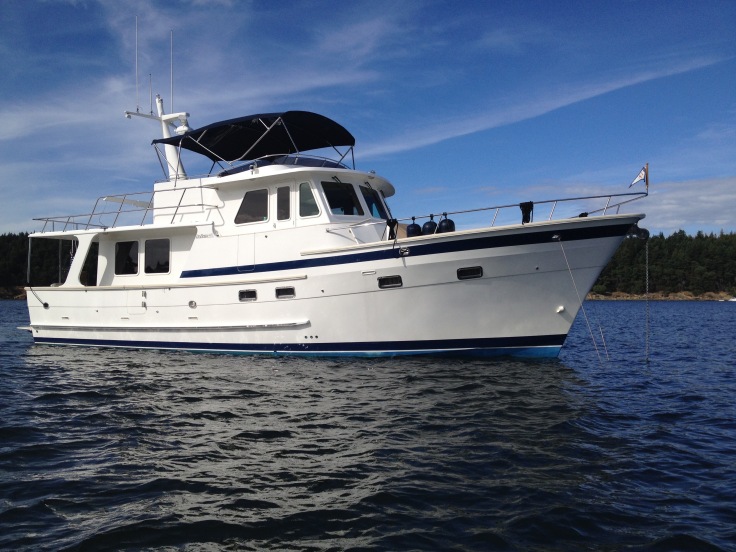 It came well equipped with radar, GPS, onboard PC, autopilot, vhf radios, generator, inverter, heat/AC, inflatable dinghy, outboard, and a crane.  All the comforts of home, and then some with two staterooms, full galley, head, pilot house, flybridge, covered cockpit and side decks, and active fin stabilization to reduce side-to-side rolling (that we added later). 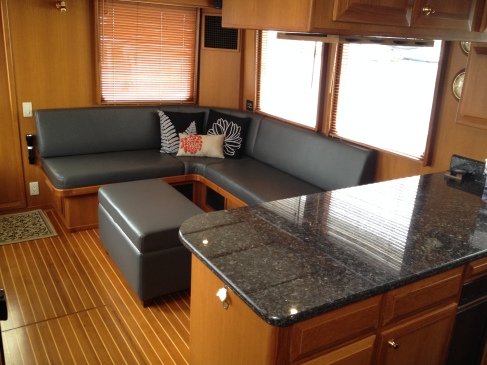 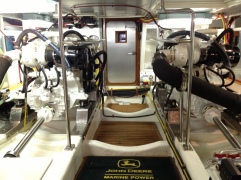 We can carry 700 gallons of diesel in four tanks and 250 gallons of fresh water.  It is powered by twin John Deere 135hp diesel engines.  Fiddler is a slow boat with a typical cruising speed of 7.5 knots, but very economical for its size; it burns 4.5 gallons per hour at cruising speed.  At that speed we have a range of just over 1,000 nautical miles, with a 10% fuel reserve.

The boat’s original name was Vamos a ver, meaning “let’s go see” or “let’s go to see (sea)”. While we didn’t dislike the name, we found ourselves always having to follow up by spelling it and/or explaining its meaning.  After a few years, we decided to change the name to Fiddler, which seems more appropriate for a slow boat that Dale is always messing around on.  It is a name that is easy to understand over the vhf radio and doesn’t need to be explained or spelled.  Fiddler was Dale’s late mother’s childhood nickname, so it carries some personal meaning as well.

Fiddler at home on her dock in Port Ludlow, WA.