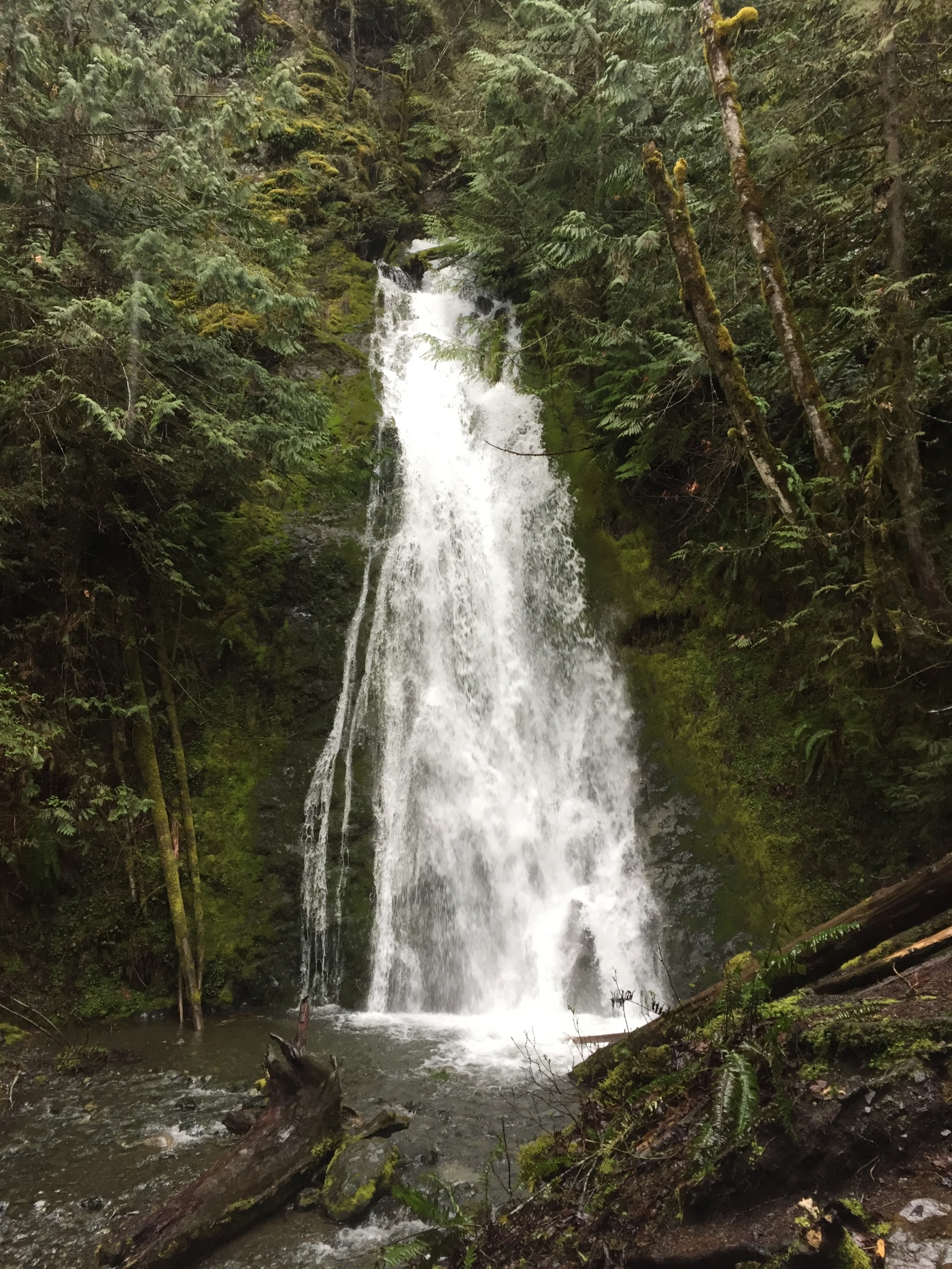 We originally planned to go somewhere on the boat this weekend, but as usual for this winter and early spring, the weather did not cooperate. Instead, we dusted off a plan to go to the Olympic Peninsula in search of waterfalls.

We drove to Edmonds and took the ferry to Kingston. The wind was blowing at nearly gale force causing very large waves on the sound. The ferry is so heavy and big that it barely gets moved by the waves, but we were so glad not to be out in our boat in that. From Kingston we drove across the Hood Canal bridge, through Sequim, to Port Angeles. The weather on the way was raining sideways, but fortunately there was a pub in Port Angeles for lunch and a beer or two.  We then drove to Madison Creek waterfall a few miles west of town near the Elwa River. It was raining of course; this is a rain forest. 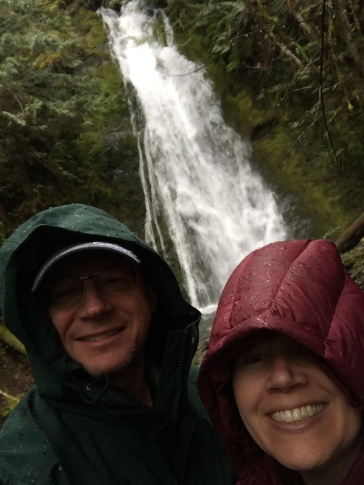 We continued our drive and came to Lake Crescent, a beautiful and deep lake formed by a glacier.  This is a photo I got off the internet since I failed to take one of my own.

As we returned to Port Angeles, Cathleen counted ten smaller waterfalls along the road.  While we were at the pub, we made a reservation for the night at the Red Lion.  It is located right on the waterfront, facing the Strait of Juan de Fuca, looking across to Victoria, BC.  Of course with the clouds and rain, we could not see far.  But the waves were fun to watch from the room.  As we were driving over, we called a couple of lodging facilities on the Pacific coast in hopes they would have some rooms with good views of the storm.  Others had the same idea because every place we called was sold out.  So we checked in at the Red Lion, which was fine and we had a great view, just not of the ocean waves crashing on the shore.  In the morning we had coffee from the hotel restaurant and then breakfast at a local bakery/sandwich shop.

Then we drove further into Olympic National Park to must-see Sol Duc Falls.  This was a mile hike in bear country. 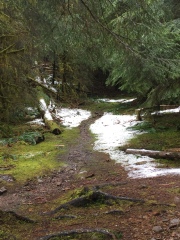 There were a few other hikers so we didn’t see any bears.  The trail was rocky so even though it was very wet, it wasn’t muddy.

We continued south toward Forks, then turned west to LaPush on the Pacific Coast.  We stopped at the trailhead to Strawberry Bay (Third Beach).  From the beach you can see Strawberry Bay Falls.  This trail was about 1.5 miles to the beach and it was muddy.  Once we got to the end of the trail, we had to cross a large pile of drift wood logs to get down to the beach to see the waterfall. 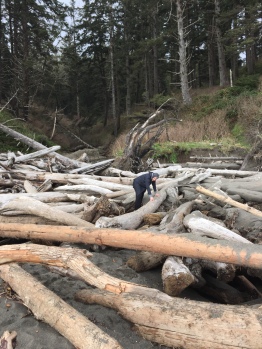 When we got back to the car it was too late to hike to any more falls.  We decided to drive to Kalaloch Lodge for dinner.  It is located on a cliff overlooking the ocean.

Dinner was good but the view was better.  We took off for home after dinner, a three hour drive.  We stopped at the Dairy Queen in Aberdeen.  The sugar buzz wore off just south of Tacoma.  I looked over to Cathleen and was going to ask her if she would drive the rest of the way home, but she was sleepy too.  So rather than nod off and veer into a ditch, we checked into the Fairfield Inn in Dupont for the night.

The weather was great the next day so we went to the boat and took it for a spin!  Here is a track from our new Garmin Explorer, which uses GPS and satellites to communicate.  It places a “bread crumb” every 10 minutes to show where have been. This is the web page that it makes. Anyone viewing the web page can also send us a message via satellite.  We plan to share the web page while we are on our Alaska adventure this spring/summer.