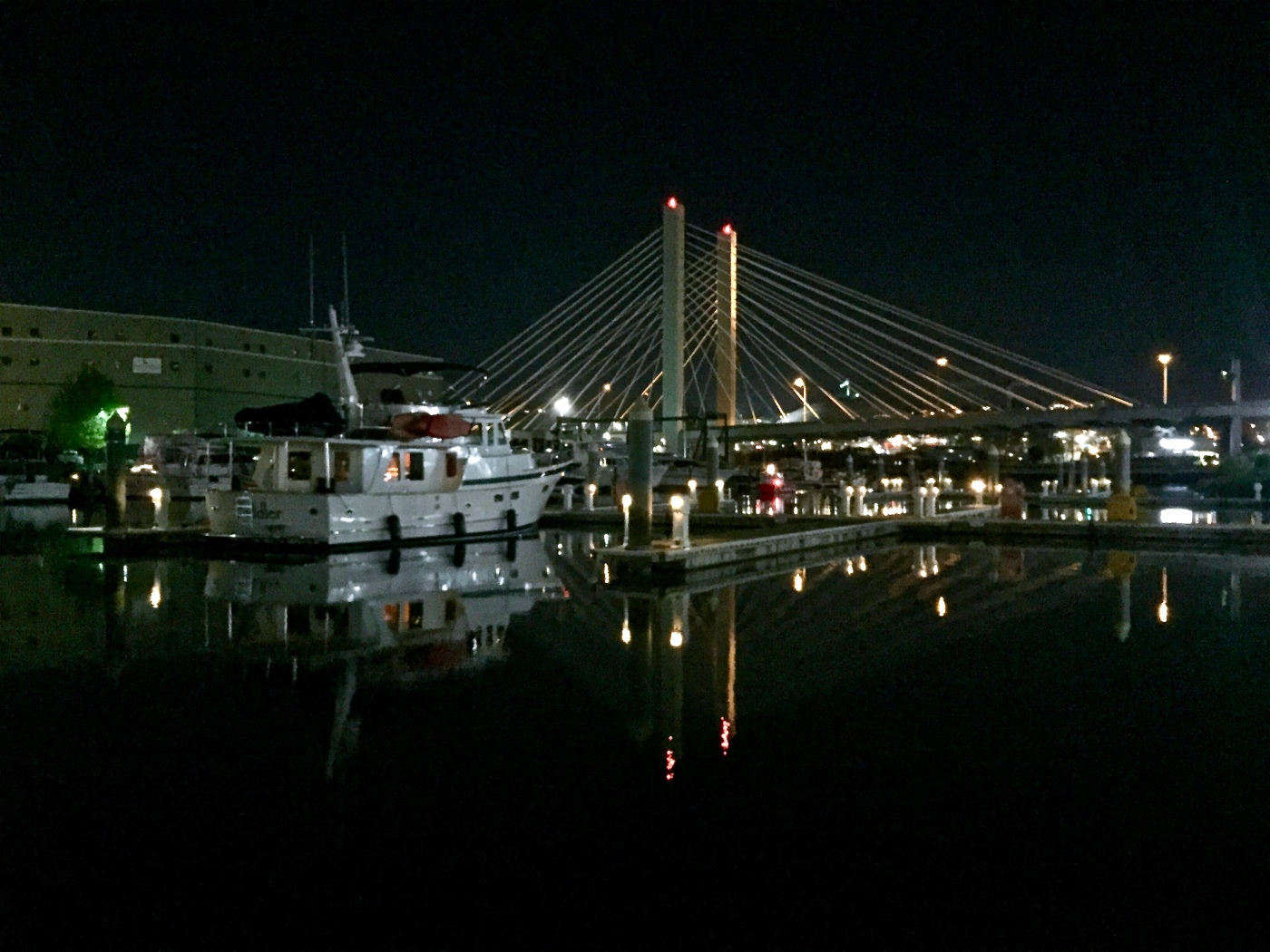 Tacoma is located 25 miles by water and 31 miles by road south of Seattle. It adopted its name from nearby Mount Rainier which was originally called Tahoma. It is locally known as the “City of Destiny” because the area was chosen to be the western terminus of the Northern Pacific Railroad in the late 19th century. Tacoma is the second largest city in the Puget Sound area and home to Washington’s largest deep water port, the Port of Tacoma. I expected Seattle to be larger. The city’s waterfront was heavily industrial and very polluted in the last century, but has since been cleaned up and transformed with a large art and museum district, housing and retail complexes, and parks.

As a brief aside, shortly after graduating from college, my first job was with the FDIC. They sent me to a management training class that included a case study involving the Asarco Copper Smelter on the Tacoma waterfront, that later became a federal Superfund site. After full remediation, today the site is now the home of Ruston Point, a popular residential, retail, and recreation area on the Tacoma area waterfront.

The Thea Foss Waterway on the city waterfront was once a thriving industrial center but was almost entirely abandoned by the 1980’s. It was so polluted that it was also designated a federal Superfund site. Today the Thea Foss Waterway is at the center of the revitalized downtown area. New development includes Dock Street Marina where we docked for our adventure.

The weather was sunny and in the 60s when we departed Elliott Bay Marina and we arrived at Dock Street Marina about 6:30pm. It’s still early in the boating season and moorage is easy to come by. We were the only visiting boat here.

The next day we ventured to Point Defiance Park, a large park at the end of a peninsula featuring a zoo, aquarium, many gardens, and hiking trails. We hit our limit at 5 miles. 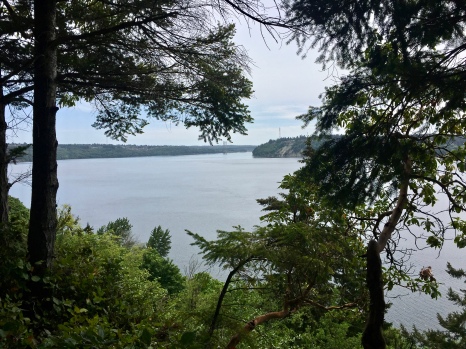 Located within the park is Fort Nisqually, a living history museum. This fort used to be an important fur trading and farming post of the Hudson Bay Company in the mid 1800s. Period actors are located in various buildings to provide historic information. 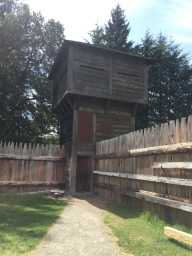 The next morning we walked across the Chihuly Bridge of Glass that connects the Museum of Glass on the waterfront to downtown and other attractions. Our destination was the Washington State History Museum to see the temporary exhibit about McNeil Island. We were not disappointed! McNeil Island is located near Tacoma and was the site of a federal penitentiary from 1875 to 1981, when it then became a state correctional facility that ultimately closed in 2011. A detention center for violent sexual offenders remains on the site. This prison and Alcatraz were the only island prisons in the country. Famous prisoners at McNeil Island included Charles Manson for cashing a forged government check before his murder spree conviction and Robert Stroud, later famous as The Birdman of Alcatraz.

It wasn’t clear why selling liquor to Indians was a prisonable offense, but illegal immigration has obviously been a problem for a long time.

We headed back home later in the day, taking Colvos Passage on the west side of Vashon Island. Interestingly, the tidal current almost always flows north here, giving us a boost of speed regardless of whether the tide is flooding or ebbing. On the way we were lucky to see a pod of Orcas!

After a fun few days, we were back in Seattle. It is always a welcome site to view Seattle from the water!

Here is a map of our trip: 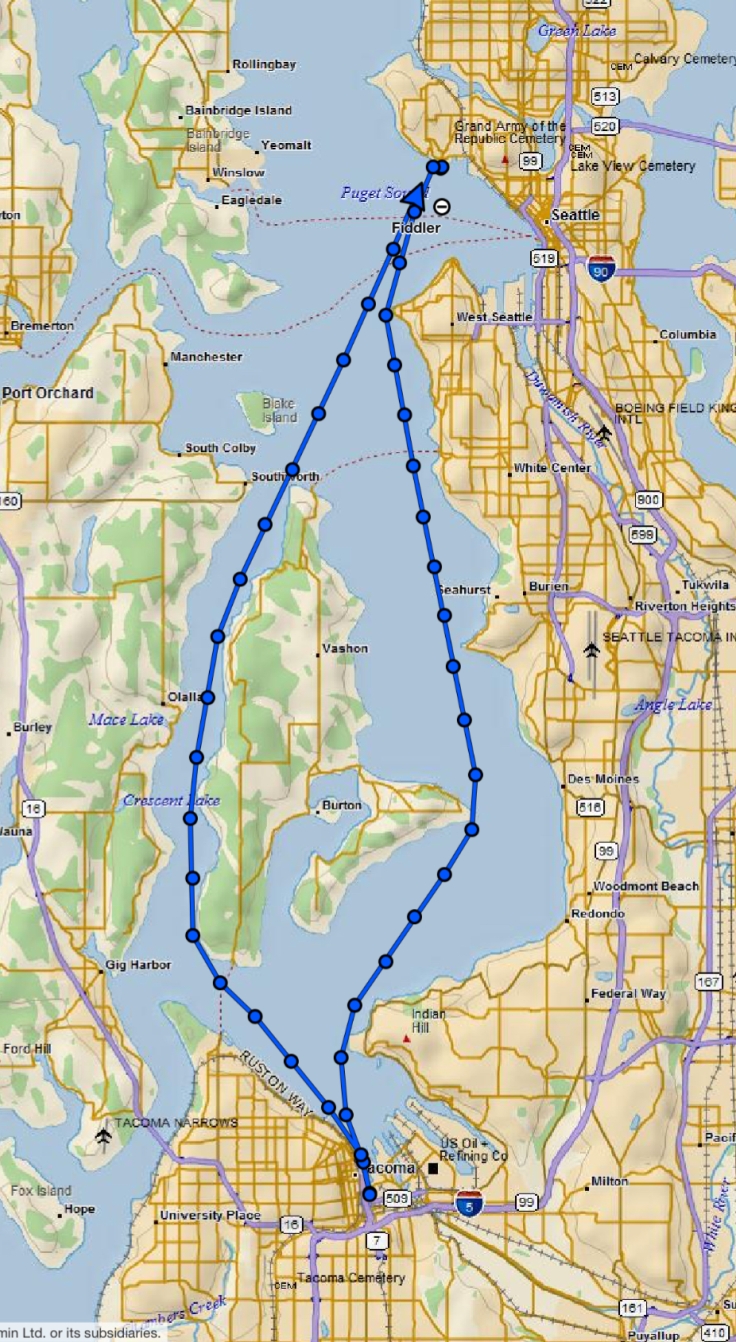