From about November through March, the pleasure boating opportunities substantially decline. Those five months usually see steady sequential storms rolling in from the Pacific. The calm between the storms is often short. These are the windows in which to cruise comfortably, but you have to be ready to go (and return) during that window. Of course you could boat any time you want to, but with our emphasis on the “pleasure” part, we try to carefully pick the weather windows. Here is a typical winter day between storms: 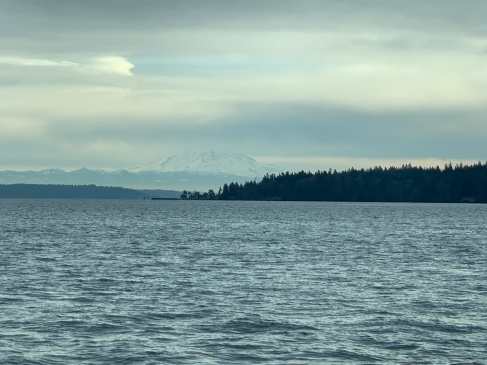 The boat yard that I use offers a discount in the off-season for a haul-out and bottom paint. As mentioned, the weather in late November is a crap shoot. But fortunately I got Fiddler to the yard and out of the water before the freezing weather in the last week of November and the drenching rains over the first two weeks in December. The bottom was still in pretty good shape after nearly two years in the water. 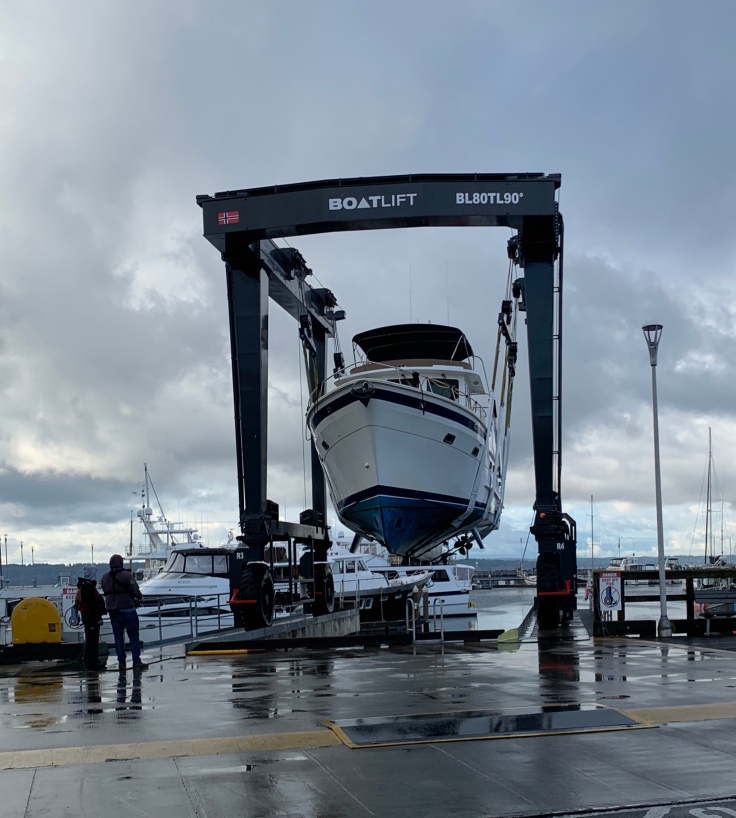 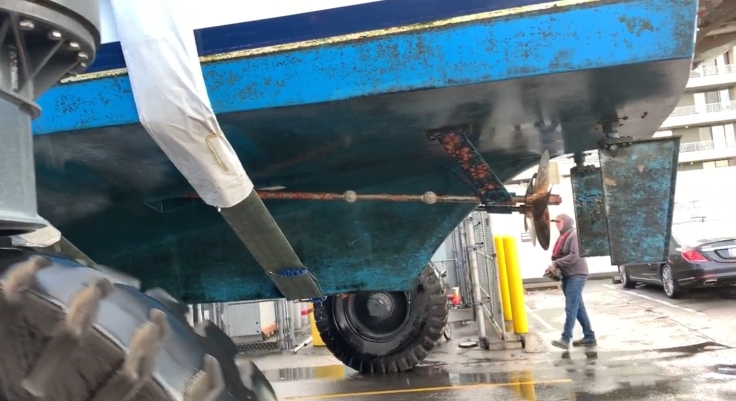 At the last haul-out I had the yard replace the dripless shaft seals, which keep water out of the boat where the drive shaft from the engine goes through the hull to the propeller. Ever since they replaced the seals, they have leaked. There is a brief break-in period where they may spritz water, but that usually stops after a couple of hours running time. The seals continued to leak even when not under way. So I brought that to the yard’s attention and they replaced them for no charge and they have not leaked at all since. At most, I was expecting a discount, so free was a nice surprise. 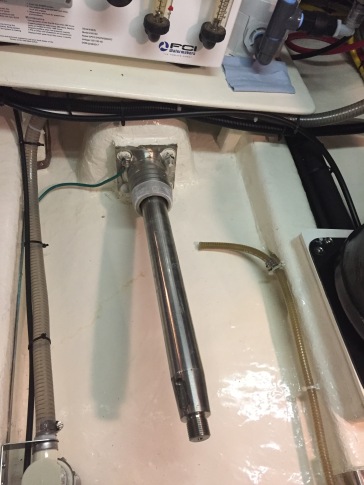 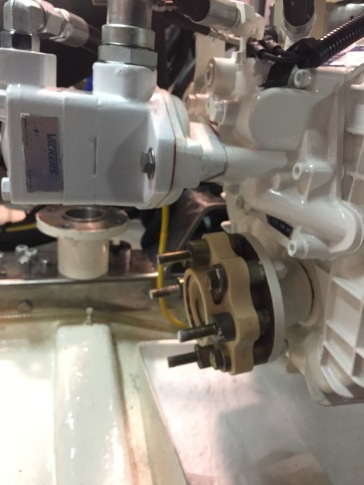 While the boat was out of the water, my son Alec and I cleaned and waxed the areas of the hull that cannot be reached from the dock when Fiddler is in the water. There were places that were showing some discoloration. When this occurred before, I scrubbed it and applied cleaners but it didn’t come out. One day there was detailer at the dock and I asked her how to best get the discoloration out. She gave me a very easy solution that is basically spray on, wipe down, and rinse. So easy. Here are the before and after pics of the bow where it was discolored, and fresh bottom paint:

I like to go into winter with full fuel tanks. I have read that tanks that are not full are more prone to water condensation and water is very bad for diesel engines. Besides I will need fuel eventually so why not fill up before winter and not take any chances with condensation? The fuel prices at my marina are very high. They apparently charge more for convenience. But a quick internet search showed that Poulsbo, a little town a couple hours away had diesel for nearly $1 less per gallon. So I made an overnight trip to Poulsbo and my friend Thomas came along. 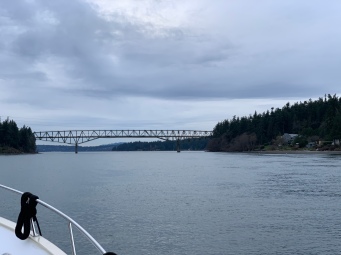 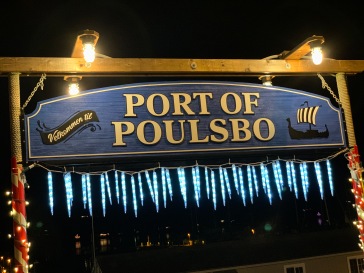 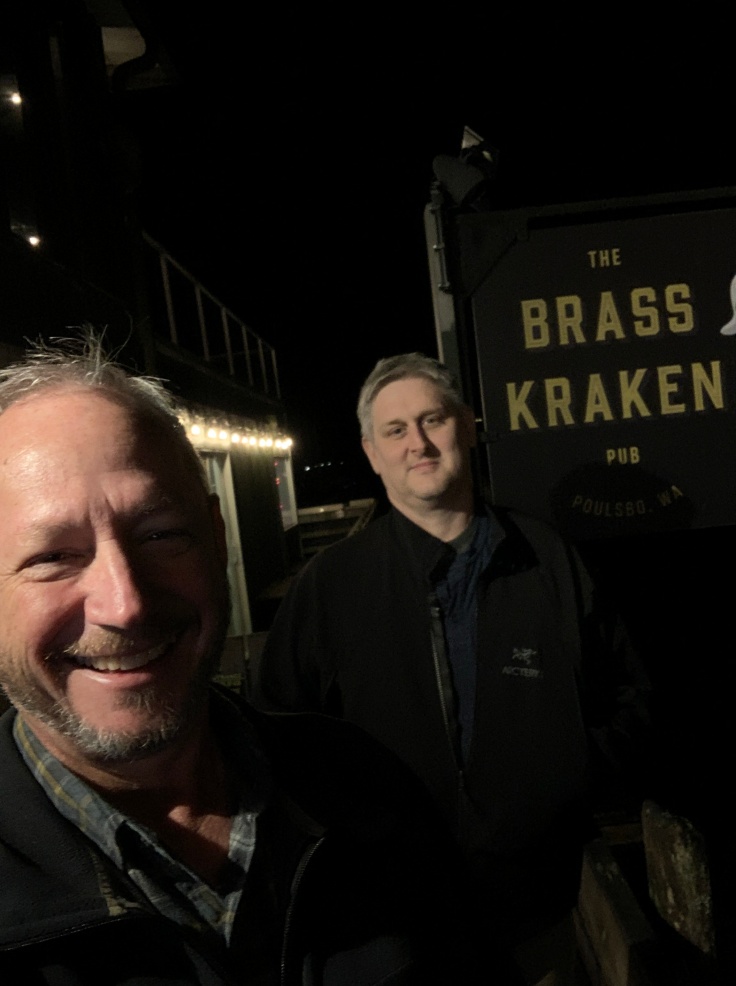 This is not a busy time of year for boating and we were the only boat on the guest dock. We walked into town and had dinner and played pool for the evening and refueled in the morning before heading back to Seattle. We needed about 250 gallons so we saved plenty and it easily paid for the trip. On the way back, we went around the south side of Bainbridge Island basically making a loop to change it up a little.  Here is our track:

Our next planned cruise is late February but I have plenty to keep me busy until then, unless I can time another trip between the storms.