We have wanted to go to Victoria, BC for awhile. In fact, we tried to go two years ago as part of the Desolation Sound trip but the weather kept us away with constant high wind warnings. Maybe it’s the geography there, located on the southern tip of Vancouver Island and sitting on the northern border of the central Strait of Juan de Fuca, that causes the winds to blow harder and more frequently than at other places. Thankfully there was a calm weather window this time around.

Two days to get to Victoria is reasonable, with a stop in Port Ludlow a little short of the half way point. The trip to Port Ludlow is about 3 hours. We left Seattle mid-afternoon and were docked at the MBYC outstation by dinner time. We are members of MBYC and can use their eight outstations any time. We had the place to ourselves once again! After a glass of wine at the dock, we dinghied over to The Fireside restaurant for dinner.

On to Victoria. The trickiest parts are timing the departure from Port Ludlow to avoid the Point Wilson tide rip and then crossing the Strait of Juan de Fuca. The tide rip forms on an ebb tide as all of the tidal water in Puget Sound flows out into the Strait at Point Wilson. The tide rip can be very treacherous with up to 10′ waves bashing you in every direction. We left Port Ludlow very early in the morning on the last of the flood tide before it turned to ebb in order to get through the rip area. Then onward we went across the Strait and into Victoria. We cleared customs with a phone call on the way since we are both Nexus (trusted traveler) card holders. They ask a few questions about drugs, alcohol, and fresh produce then give us a clearance number.

Victoria is a very busy place. As we approached Victoria Harbor around noon, it was blocked by a small cruise ship that had just arrived and was docking. After it cleared, the R2AK (Race to Alaska) boats were leaving. This race is for non-motorized boats only, typically sail boats, but also kayaks and other self-propelled crafts. We stayed back out of their way. Finally we entered the harbor and docked at the Causeway Marina located in the heart of Victoria directly in front of the Empress Hotel. What a great location with wonderful views of the hotel, Parliament Building, and people walking everywhere! We stayed for two nights and enjoyed the food, parks, a salmon farming protest, and perfect weather! 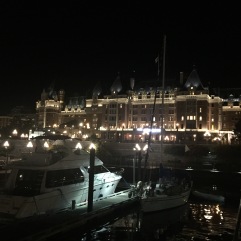 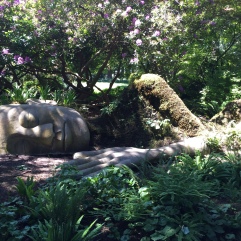 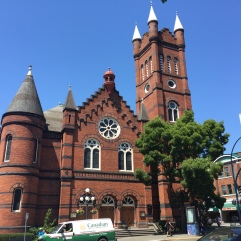 We could have stayed longer, and almost had to due to weather, but we wanted to get to Mill Bay, Tod Inlet, and Butchart Gardens. Before going to Tod Inlet, we stopped at the MBYC outstation at Mill Bay Marina for the night. There isn’t much here to see, other than the awesome surrounding natural beauty. The marina is fairly new and they have a really good restaurant where we had dinner after walking to the grocery store for some provisions.

The next morning we had a short one hour trip to Tod Inlet. Most people go to Butchart Gardens via car or bus. However, there is a little known entrance on the back side of the property that is accessible from the water. They have a dock for small boats and float planes.

Since Fiddler is too big for the dock, we anchored in nearby Tod Inlet and kayaked over to the dock. There is a ticket booth at the top of the dock ramp where we gave them our tickets and entered the gardens. We spent a few hours walking around the amazing grounds and then had dinner at the onsite restaurant. 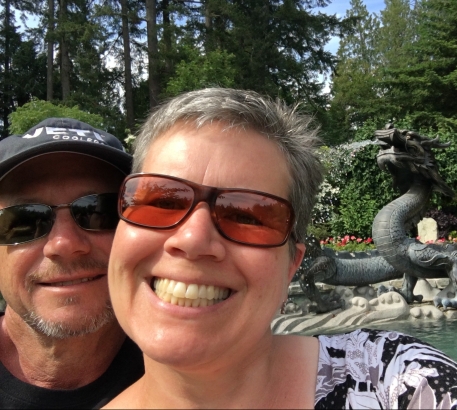 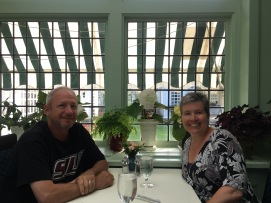 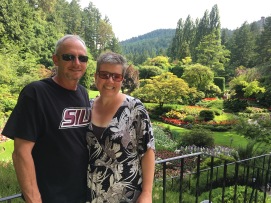 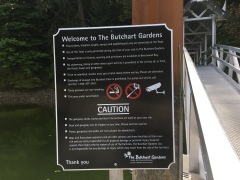 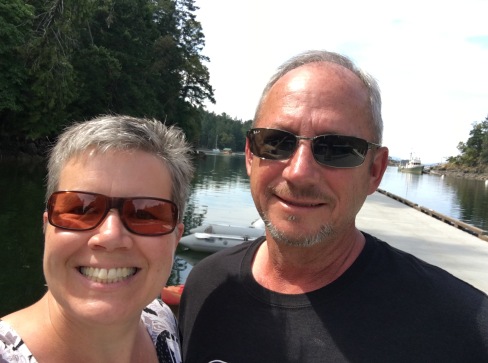 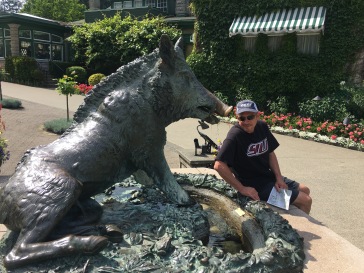 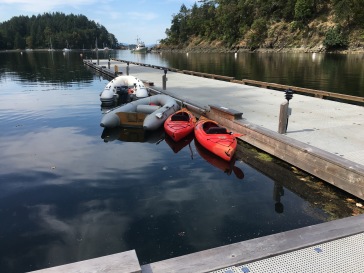 Since we were anchored a quarter mile away in Tod Inlet, the kayaking was really easy to and from Butchart Gardens. This is a very protected cove with plenty of room for a lot more boats than were there. We kayaked around the cove, stopping to watch two bald eagles, and to shore for a short walk. This place seemed much more remote than it is, being located in suburban Victoria. What a gem!

From here we went to the town of Sidney, BC and docked at the MBYC outstation (I’m seeing a trend here) at the Port Sidney Marina. This marina is about as good as they get. It has wide, sturdy docks, flower pots everywhere, fresh water, pristine laundry facilities, friendly and helpful staff, etc., and located in the heart of Sidney with easy access to whatever you might need or want. I needed to do some laundry. While it was drying, we walked to the Thursday street market and got some fresh strawberries.

From Sidney we went back into the US to the San Juan Islands, again clearing customs with just a phone call. We stopped at the MBYC outstation at Deer Harbor Marina on Orcas Island. We took a long walk in the rural area around the marina, then went back to the boat for a glass of wine. We met friends for dinner at the pizza joint across from the marina. It was nice catching up but the pizza wasn’t good. We spent the night and most of the next day at the marina.

It was time to start heading back south, which meant crossing the Strait again. The weather was looking questionable with small craft advisories and gale watches in the upcoming days. Tomorrow morning looked like the only weather window in the next several days so we positioned ourselves about as close to the Strait as we could by anchoring in Hunter Bay on the southeast side of Lopez Island. The weather deteriorated overnight with a small craft advisory (winds up to 25 knots) in the morning and a gale warning (winds exceeding 35 knots) for the afternoon. I usually do not cross the strait when the wind exceeds 15 knots due to the resulting steep choppy waves that make it very uncomfortable. Winds over 25 knots cause treacherous conditions, especially blowing against the tidal current.

If that was the only information we had, we would have stayed in Hunter Bay longer and likely taken an alternate, longer, and safer route back home through Deception Pass. But there is a weather buoy in the middle of the Strait that provides real time wind and other weather data that is accessible on the internet. I started watching it at about 4am and the winds died off at 8am and there was some fog around which meant the wind wasn’t even blowing in those places. I decided to take a look at the actual conditions and see whether the shorter route across the Strait was safe. It was and we proceeded across without incident.

We stopped for two more nights at the Port Ludlow outstation to check out the surrounding area a little more. Ludlow Falls is about a mile walk and on the way to the grocery store.

This outstation is situated on a couple acres with several buildings including a covered pavilion-like area with a big fireplace. We rounded up some firewood, marshmallows, wine, chocolate, and a portable bluetooth speaker and had ourselves a little party on a drizzly afternoon! 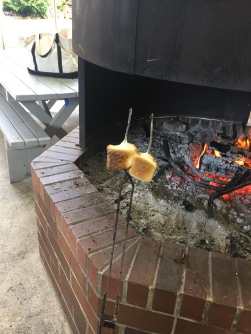 We arrived back home under sunny blue skies after a very fun 10 days away!

Here is a map of the trip: