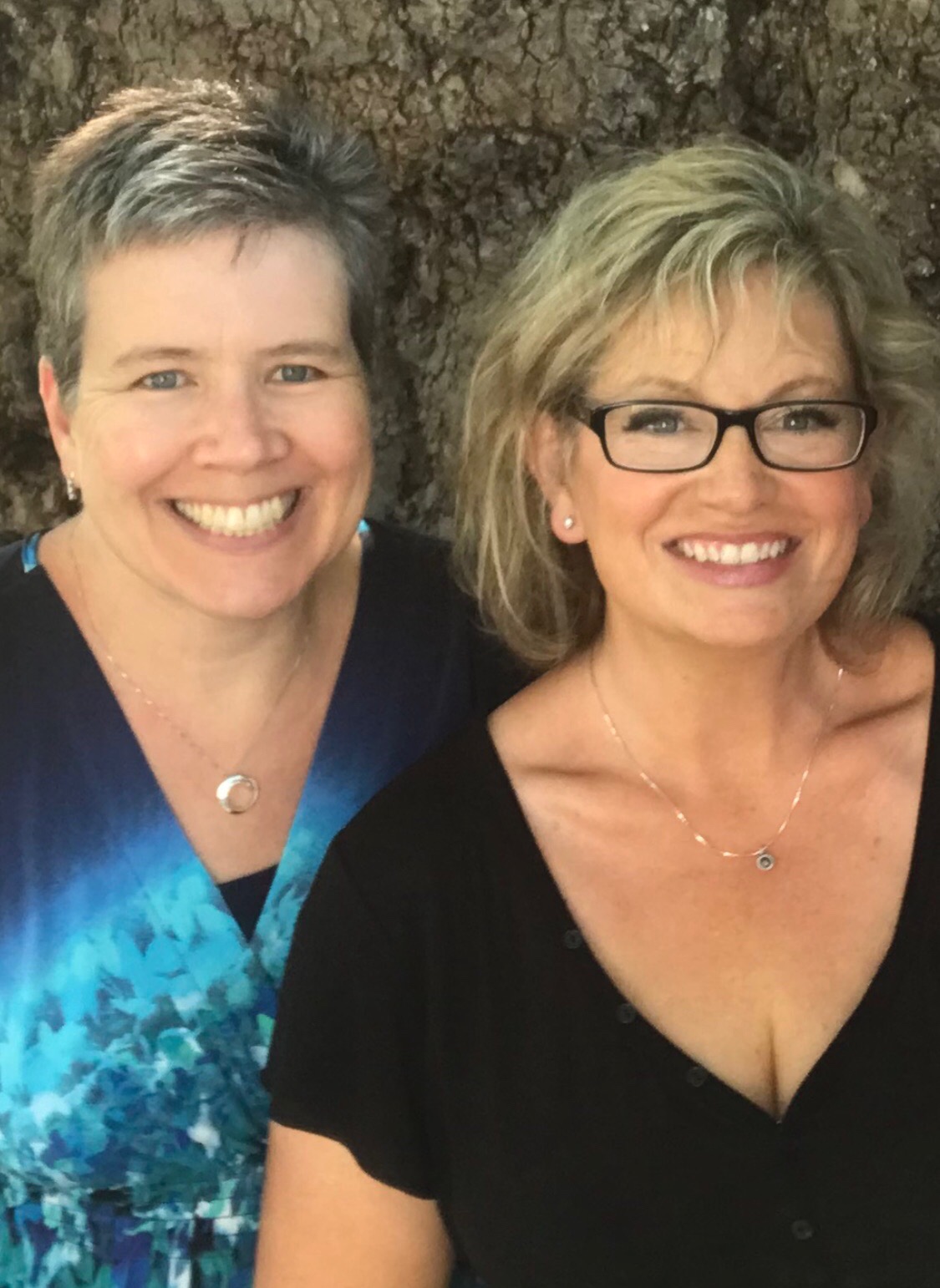 Cathleen and Jenn have been lifelong friends. They grew up together in Utah and see each other several times a year when Cathleen visits Utah and when Jenn visits Washington. Jenn and two of her children, Sid and Bella, recently spent 10 fun-filled days with us on their summer vacation.

Their arrival started off on a wet note, at least for Bella. We keep a couple of kayaks nearby for paddles on Lake Washington and it sounded like a fun way to spend a hot summer afternoon. Since they had kayaked before, I didn’t provide any guidance for getting in them, and they are a bit rolly.  Bella, eager to get going, put her foot in and immediately tipped over and fell into the lake! Good thing it was a hot day and she had her swim suit on. We steadied the kayaks while getting in and out after that and no more splashes. 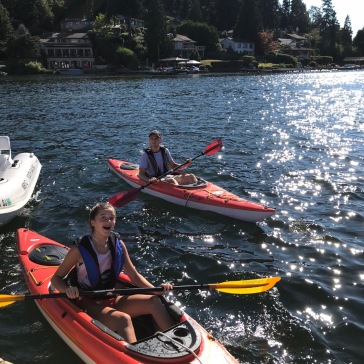 We also spent two nights aboard Fiddler, first stopping for a night at Bainbridge Island, then continuing for a second night at Blake Island State Park. We lucked out and had space at the dock for easy access to town for browsing the shops, having dinner, and of course getting ice cream. 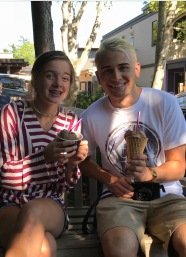 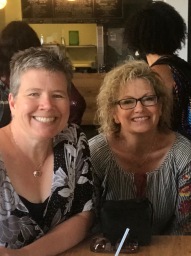 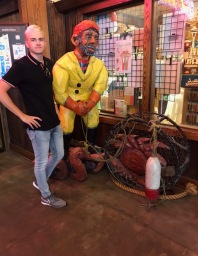 Afterward, we took the dinghy across the harbor and the short walk to the Japanese American Exclusion Memorial, located at the site of the former ferry landing where 270 Japanese, mostly American citizens, were forced to board the ferry to an internment camp after the bombing of Pearl Harbor.

Today the memorial is a solemn reminder to “Never Let This Happen Again.” We previously visited the memorial as part of a book club outing and Jenn was visiting at that time and went with us. She wanted her children to see it.

The next day we cruised over to the dock at Blake Island State Park but there was no room on a busy summer day. Instead we tied up to a buoy and dinghied to the dock. Cathleen and I have lived here over 20 years and have never been to the show and dinner at Tillicum Village at the park. The show features Native American dancing and masks and salmon baked on cedar poles over an open fire. One of the reasons that I haven’t been is that prior to moving to Seattle, the chamber of commerce sent us a promotional video with information about things to do. My son, Alec, was three years old at the time and we watched the video together. After seeing the dancing with the masks, Alec was not convinced on moving and said “I don’t want to see the scary masks!!” So we never went to the show. The show was interesting and informative and the food was good. And the masks were a little bit scary too. 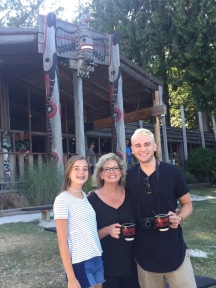 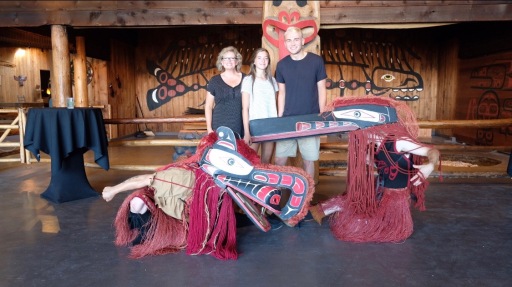 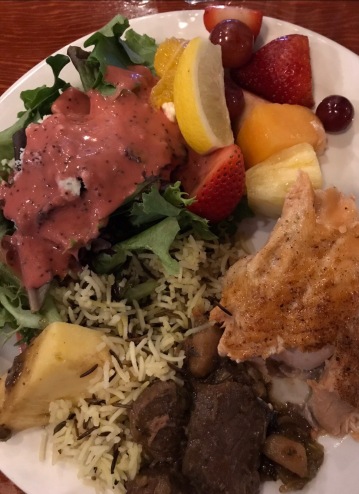 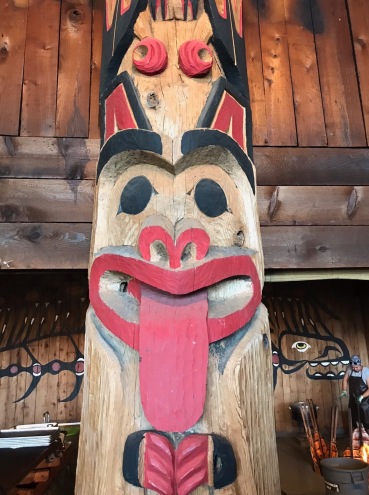 Blake Island is located about 8 miles from Seattle and is only accessible by boat, so it is usually not crowded and the deer and raccoons are very tame. It feels like you are far away from the city, however, especially on the far side of the island where we tied to the buoy. We also had a fantastic sunset view!

The park ranger came by in his boat around sunset, who I had talked with earlier in the day, and stopped by on his rounds checking on boaters tied to the buoys. Sid and Bella were kayaking into the sunset, getting a little too far for Mom’s comfort. I asked the ranger to send them back this way on his way by. As he approached Sid and Bella, he turned on the flashing blue lights for full law enforcement effect, quickly getting their complete attention. He of course was very nice, delivered the message, and gave them each whistles for their life jackets.

The next day before heading back to Seattle, everyone but me kayaked to shore for some beachcombing. 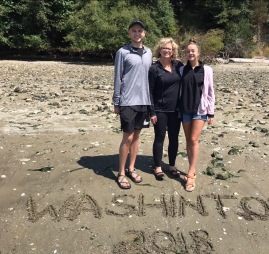 And since it was crabbing season, Sid and I dropped the pots back near the marina. We were fortunate to bag some big ones for a crab cake feast later! 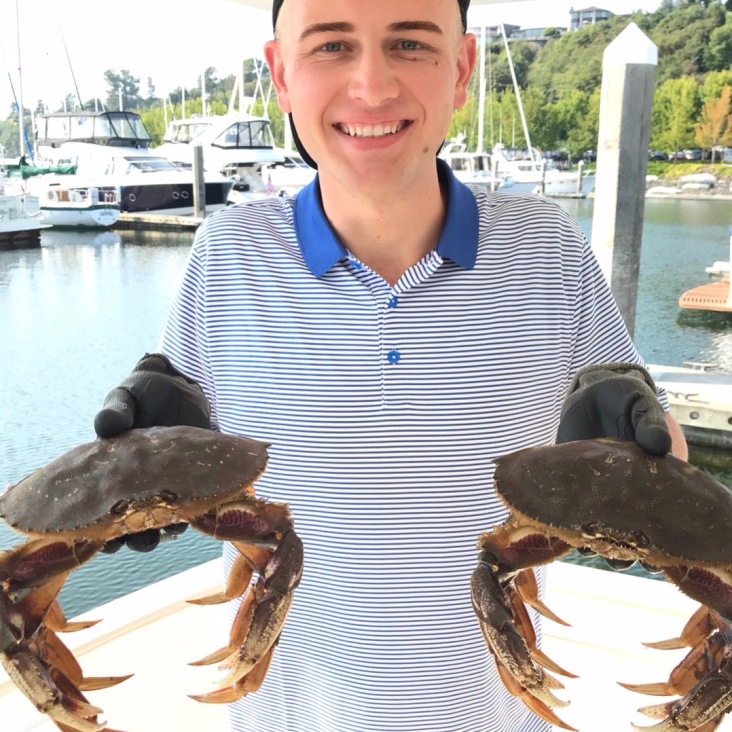 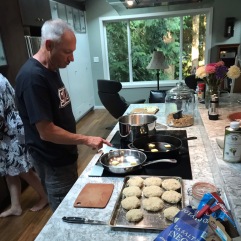 A trip to Seattle is not complete without seeing some of the attractions. They took in Pike Place Market, the Gum Wall, Chihuly Glass Museum, and of course the Space Needle. 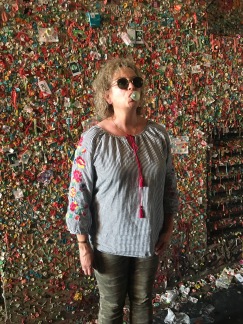 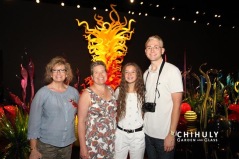 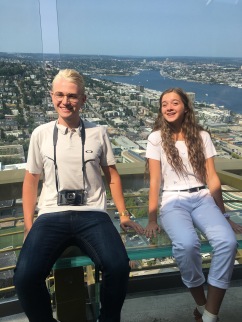 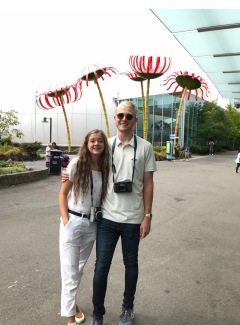 We love it when they visit-come back soon!!