It was only a week after returning from the Labor Day cruise and I felt the pull to go back out on the water. September offers some of the best boating as the summer crowds are gone, anchorages and marinas are open and accessible, the weather is nice, and the days are still reasonably long with the sun setting after 7pm. And we can always use more crab. With the crabbing season closed in Puget Sound, I decided to go up to the San Juan Islands where the season lasts until the end of September. Cathleen had several commitments and could not come with me so I was on my own for a good portion of the two weeks. My oldest son Evan joined me for the first weekend and nephews Trace and Jake joined me for the second weekend. We visited four islands: Stuart, Shaw, San Juan, and Orcas.

I took a couple of days to get up to the islands, anchoring in Garrison Bay on San Juan Island. It is a well protected anchorage that is a short dinghy ride to the sea plane dock in Roche Harbor, where Evan was flying into.

Evan had not previously flown on a sea plane so this was great fun for him, as his big smile showed when he got off the plane. The pilot also let him have the copilot seat.

We dinghied back to Fiddler, set out a crab trap, then went for a hike at English Camp, a National Historic Site once occupied by the British before ownership of the islands was firmly established. Adjacent to English Camp is a 1 mile trail to the top of Young Hill with panoramic views of the US and Canada. 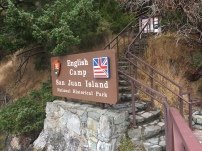 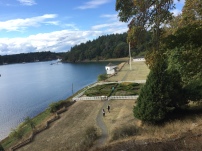 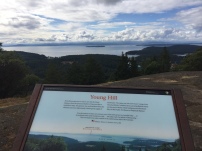 The next day we cruised about an hour to Deer Harbor on Orcas Island where the crabbing was much better. We left a trap out overnight and were rewarded the next day with four very large keepers. Evan kayaked around the harbor while I cleaned and cooked the crabs. Since we were at a dock, I was able to use the big crab cooker. It is too hot and a fire hazard to use on the boat. 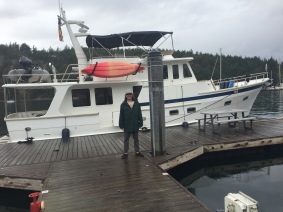 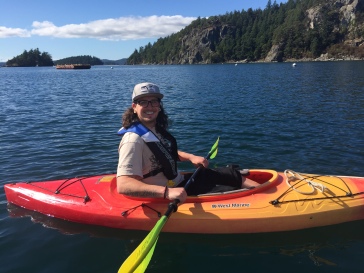 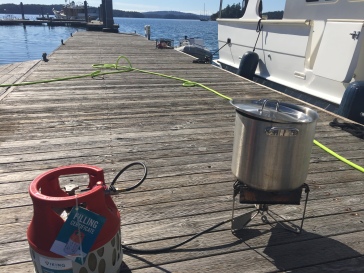 Those four crabs yielded over two pounds of crab meat. We vacuum sealed and froze it to enjoy this winter. 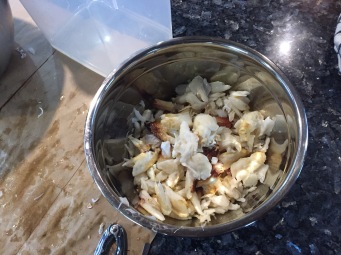 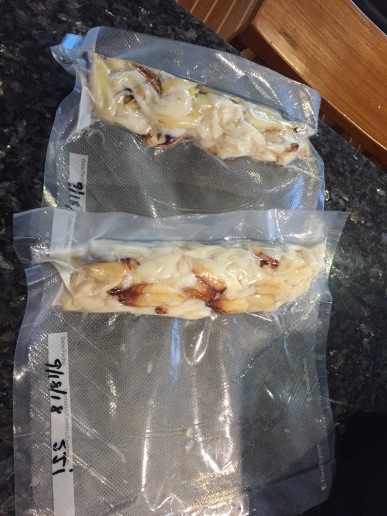 We cruised back to Roche Harbor so Evan could catch his plane home. I contacted the marina and was given permission to dock (free of charge) for a couple of hours while we walked around and had lunch before Evan’s plane arrived. The check-in procedure for the sea plane is pretty simple. You show up at the dock and get on the plane when they call your name. It was great to spend time with Evan!

After he departed, I left Roche Harbor and cruised over to Reid Harbor for a couple of days, one of my favorite anchorages in the islands. The two days I was here, crabbing was closed so I just soaked up the sunshine and surrounding natural beauty.

Since the weather forecast called for high winds from the south and southeast, I went to Parks Bay on Shaw Island that has excellent protection from those winds. I had not previously been there. It felt very private, surrounded by a nature preserve operated by the University of Washington. There is no shore access in this bay. 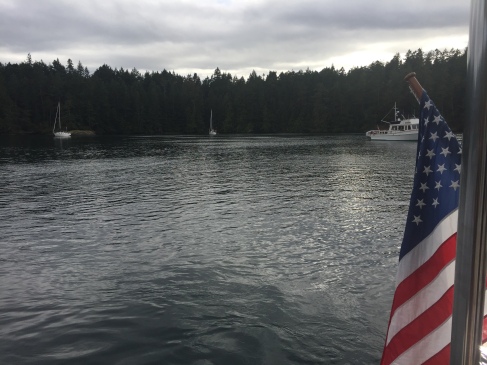 The night was calm and the next morning as I was setting a crab trap, the knot slipped and I lost my favorite trap, sunk to the bottom. That put a damper on the day. Trace and Jake would arrive the next day so I cruised back to Roche Harbor and got another trap and anchored in nearby Garrison Bay. I picked up Trace and Jake in the dinghy. They had not flown on a sea plane before, so this was an awesome experience. Back at Garrison Bay, we visited English Camp and hiked Young Hill.

With the overnight winds predicted to be 25 knots from the south, we cruised over to Prevost Harbor, passing the Turn Point Light House on the way, and picked up a mooring buoy at Stuart Island State Marine Park. It was very calm there.

We didn’t have any luck crabbing, but Trace and Jake did a lot of kayaking and walking around on the shore. Our next stop was Friday Harbor, the biggest town in the islands. Jake and Trace were excited to see it and we were easily able to get dock space this time of the year.

We walked all around the downtown area, visiting the Whale Museum and getting a few groceries before heading back to the boat for the night. The next morning they kayaked before we walked into town for lunch, then back to the sea plane dock to catch their flight to Seattle.

It was so much fun having Evan, Trace, and Jake fly in for a few days and spend some time just messing around on the water!